A source of unending contemplation 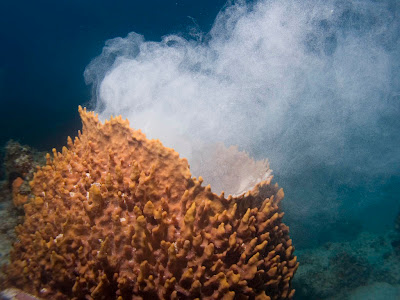 page 27 (marginal note): humans...tend to see the most symmetrical faces...as the most beautiful. As Christopher Hart notes in a review of Anatomies by Hugh Aldersey-Williams:


One of the most interesting things here is the material on human beauty. You would have thought this a complex and probably unanswerable mystery, but it seems that Sir Francis Galton, Darwin's cousin, worked it out quite conclusively in 1908, and his findings have since been confirmed by American psychologists with the latest computer technology. (Galton also found that London had the prettiest women, Aberdeen the ugliest.) His method was brilliantly simple. Take any ordinarily attractive face and merge it photographically with another: the result will always be judged an improvement. Merge it again, at random, and you get the same result. The more you merge, the better. Human facial beauty is always about averages, the absence of any overly small or large features -- in other words blandness. It could even be defined as "something more sinister", says Aldersey-Williams, "the human face with the individuality washed out of it." It is a "crushingly unromantic" verdict, but at least the ladies of Aberdeen might find some consolation in it. They're not ugly, they're individual looking. 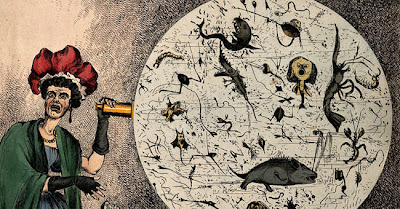 page 31: the great realm of single celled animals was first observed by Antonie van Leeuwenhoek in the 1670s but he had little idea what he was looking at.  Among the first people to examine the world of the very small, around fifty years earlier, had been Galileo Galilei. The microscope he used had less resolution than van Leeuwenhoek's -- it was able to bring a small insect but not a protist into focus.  Galileo's reaction charts the course that many of us still take on an encounter with the microscopic. He was,  as Philip Ball notes, both astonished and repelled:


I have observed many tiny animals with great admiration, among which the flea is quite horrible, the mosquito and the moth very beautiful… In short, the greatness of nature, and the subtle and unspeakable care with which she works is a source of unending contemplation.

In these words we can retrace a great scientist encountering realities that were new to him, reacting with a mix of repulsion (at a flea) and fascination (towards mosquito and butterfly), and moving towards a stance of wonder.

page 32: the Phanerozoic eon -- the age of visible life A recently discovered example of a very early "complex" creature is the Fuxhianhuiid, a 520-million-year-old arthropod with limbs under its head and a nervous system that extended past the head. Here is a slide show of the Weird youth of the animal kingdom.

page 34: microbes are the amazing performing fleas in the big top of life. The alga Galdieria sulphuraria does amazing tricks too.


This is the third in a new series of notes and comments on chapters in The Book of Barely Imagined Beings. It appears around the time of the US publication, and adds to an earlier series which included Sponge and Slime and symphony and which appeared around UK publication.