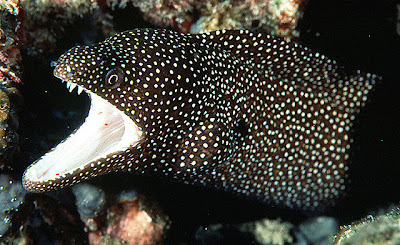 page 70 salmon. Research published earlier this year showed that sockeye salmon remember magnetic values of geographic locations. They imprint their birth location on this map when they leave their freshwater home for the sea, and use it as a compass during their journey back several years later, successfully returning home to spawn.

This is the sixth in a new series of notes and comments on chapters in The Book of Barely Imagined Beings. It appears around the time of the US publication, and adds to an earlier series that appeared around UK publication.

Photo via Real Monstrosities
Posted by Caspar Henderson at 07:41