Continual effort to enlarge the boundaries of imagination 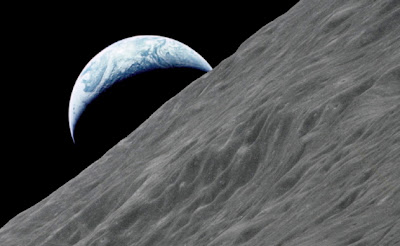 In an article for The Chronicle for Higher Education I write:


We need to spend a lot more time and psychic energy imagining not just life in all its astonishing and disconcerting particularity, but also its dramatic beginnings. We should meditate on the period when, for thousands of years, molten rock rained out of the sky onto an ocean of magma, to the time, [hundreds of millions] of years later, when the tides of the newly made seas—buffeted by a Moon much closer than it is today, with an Earth rotating in just 18 hours—ebbed and flowed with stupendous force.

We should envision the places where life may have originated—either, perhaps, in shallow warm pools where proto-life pieced itself together from the precursors of RNA within lipid bubbles, or within tiny pores in rock extruding from alkaline vents on the deep-sea floor. We should dwell with life through all its stages, from the invention of photosynthesis around 3.4 billion years ago, through and beyond apparent "false starts" in the emergence of multicellular life such as the weird Ediacaran biota, to the sophistication that allows our evolved brains to mediate what we experience as consciousness.

See The numberless goings-on of life inaudible, as dreams.
Posted by Caspar Henderson at 07:59