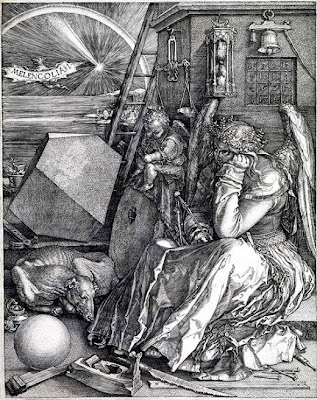 page ix: ecological degradation, nuclear proliferation and the latest concessions made to torturers and criminals: the funnies. Why write at all? In the preface to The Anatomy of Melancholy (1621), Robert Burton writes:

page xi: ...images of bison, stags, lions, rhinos, ibex, horses, mammoths...  Sculpture older than the paintings at Chauvet has survived and features at an exhibition at the British Museum. In some cases human and non-human elements are combined as, for example, in the Lion Man:


As [its] name suggests, this statue, standing 30 centimetres tall, harmoniously combines human and leonine features: the head is unmistakeably a lion’s, while the body and lower limbs are more human.

This is clearly the product of artistic creativity rather than a naturalistic drawing from life - suggesting that whoever carved it some 40,000 years ago had the capacity to express their imagination, as well as to replicate what they saw around them.

The temptation to speculate about what symbolic meaning the lion man might have had is, of course, irresistible. It was clearly valuable, taking around 400 hours and enormous skill to carve from a single piece of mammoth ivory.

page xiii the Internet is...an everyday electronic bestiary examples of the moment: The Most Colorful Monkey Butts On The Internet and You've Never Seen Chickens Look This Human (added 10 April)

This is the first in a new series of notes and comments on chapters in The Book of Barely Imagined Beings. It appears around the time of the US publication, and adds to an earlier series, which included Such stuff as dreams are made of, Anthropocene, bestiary, evolution and Walrus, and which  appeared around UK publication.

Posted by Caspar Henderson at 10:46