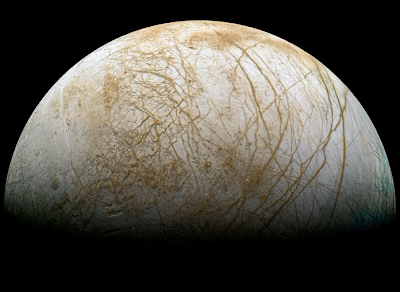 Brinicles, filmed forming in situ for the first time in 2011, were presented as fingers of death. But Julyan Cartwright and others observe that they create chemical gradients, electric potentials and membranes – that, is all the conditions necessary for the formation of life.

Brinicles, says a post via MIT Technology review, could be ubiquitous on ocean bearing planets and moons such as Europa, where they might play equally interesting roles.
Posted by Caspar Henderson at 12:12