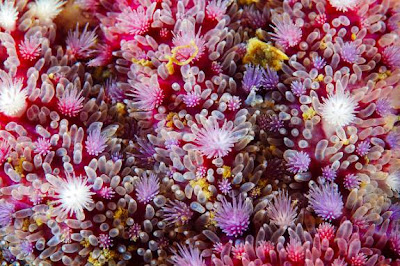 page 40: starfish. Smithsonian has recently published a pleasant overview of some amazing features of starfish with photographs by Alexander Semenov including the one above, which shows wafting papulae (breathing organs) interspersed with spiky spine on Crossaster papposus. The Crown of Thorns has 15 madreporites while many starfish have only one. Who knew?


In adult sea cucumbers the cloaca (a cavity already doing double duty for the release of excrement and genital products) rhythmically pumps huge amounts of water in and out. It is already known that this pumping brings oxygen rich water across a highly branched respiratory tree.  Thus the cloaca is now pulling a function trifecta.  But what about quadfecta?...yes, sea cucumbers can eat through their anuses...

Below: frontpiece to a life of Joseph Pujol (also page 40). His stage act "consisted of disciplined, odorless flatulence, a talent learned during his military service." 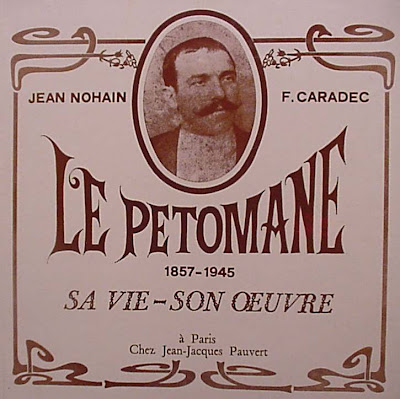 This is the fourth in a new series of notes and comments on chapters in The Book of Barely Imagined Beings. It appears around the time of the US publication, and adds to an earlier series that appeared around UK publication.
Posted by Caspar Henderson at 06:05