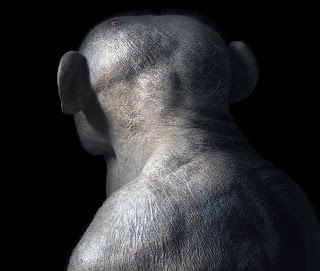 page 118: human hands have fine motor skills. They are also essential, in coordination with arms and shoulders, in accurate throwing:


Other primates can fling objects with force, but underarm and with a poor aim. Only humans can launch a projectile such as a spear or a rock from over the shoulder with power and precision. This ability depends on several unique anatomical features. The shoulder is more forward-facing than in other apes and is capable of freer rotation. The wrist, too, seems to be uniquely adapted for a throwing action.

...our accurate overarm throw [may have been] a key force in human evolution. As well as allowing hunting and scavenging for all-important protein, it has also been credited with driving brain changes involved in fine motor control, which underpin the evolution of language and technology.


I fear that the animals see man as a being like them who in a most dangerous manner has lost his animal common sense -- as the insane animal, the laughing animal, the weeping animal, the miserable animal.

page 124: running keeps us...human.  An extreme case in The All Terrain Human.  My experience here. In his new book  Running with the Pack Mark Rowlands writes:

page 129: Music is a channel for essential aspects of our existence -- "an exercise for your whole brain."

This is the ninth in a new series of notes and comments on chapters in The Book of Barely Imagined Beings. It appears around the time of the US publication, and adds to an earlier series that appeared around UK publication.
Posted by Caspar Henderson at 06:04