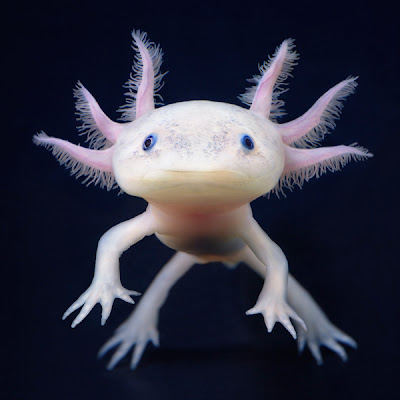 page 9: Loren Eiseley...a profound shock at the leap from animal to human status. An article about Julian Jaynes, There is only awe, records that he described the muting of the gods as an excruciating loss from which humans still have not recovered:


The mighty themes of the religions of the world are here sounded for the first time. Why have the gods left us? Like friends who depart from us, they must be offended. Our misfortunes are our punishments for our offenses. We go down on our knees, begging to be forgiven.

page 15: great amphibian extinction. The rare Archey's frog is among those holding on thanks to captive breeding. The Gastric brooding frog may be the first animal to be de-extincted

This is the second in a new series of notes and comments on chapters in The Book of Barely Imagined Beings. It appears around the time of the US publication, and adds to an earlier series , which included In praise of error...and elephants , Fire within and Conquest, regeneration, hidden things and which appeared around UK publication.

Posted by Caspar Henderson at 08:40