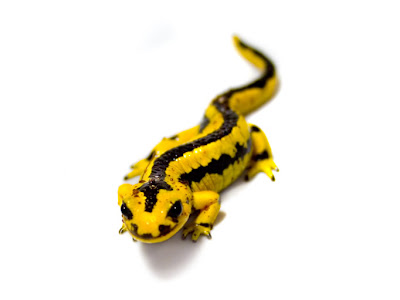 page 2: The 1952 story by Julio Cortázar is here (and interpretative notes are here). The Tasmanian author Richard Flanagan repeats the human/creature switch in his 2001 novel Gould's Book of Fish, transforming the narrator into a Leafy seadragon.

page 3: 'The Axolotl is kind of salamander and a member of the family Ambystomatidae, which is endemic to North America. Another family of salamanders, the Plethodontidae, are also mostly found in the Americas but some species in the family are indigenous to Sardinia and Korea (!). Plethodontidae have no lungs and are also known as Lungless salamanders. The respire through their skin and the tissues lining their mouths. Like chameleons and frogs, some Lungless salamanders have tongues that act like a tethered projectiles.

page 7: In The Rings of Saturn, W.G. Sebald writes:


...because of the immense weight of the impediments he is carrying, [Thomas] Browne's writing can be held back by the force of gravitation, but when he does succeed in rising higher and higher through the circles of his spiralling prose, borne aloft like a glider on warm currents of air, even today the reader is overcome by a sense of levitation. The greater the distance, the clearer the view: one sees the tiniest of details with the utmost clarity. It is as if one were looking through a reversed opera glass and through a microscope at the same time. And yet, says Browne, all knowledge is enveloped in darkness. What we perceive are no more than isolated lights in the abyss of ignorance, in the shadow-filled edifice of the world. We study the order of things, says Browne, but we cannot grasp their innermost essence. And because it is so, it befits our philosophy to be writ small, using the shorthand and contracted forms of transient Nature, which alone are a reflection of eternity.

page 15: caecilians. This one, the Atretochoana, looks like a penis snake: 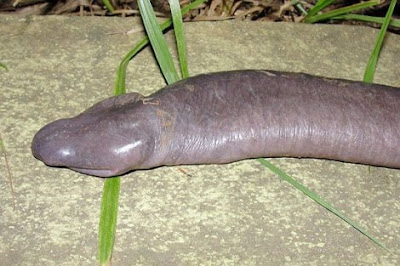 page 15: The greatest amphibian extinction since the Permian. Actually, it looks as if it's bigger:


Species are estimated to be going extinct 40,000 times faster than at any time since the first amphibians crawled out of the water 360 million years ago. No one knows what the long-term consequences will be... The killer, in many cases, is a single-celled fungus called Batrachochytrium dendrobatidis (Bd)..."We're seeing a breakdown in global biosecurity that's having a profound impact on natural environments. We're seeing it in plant systems, we're seeing it in animal systems, and we're seeing it in human systems as well. It's pretty terrifying."

-- Genetic detectives hunt the global amphibian killer. Update 24 Jan 13: New research suggests the chemicals are playing a significant and previously unknown role in the global decline of amphibians
Posted by Caspar Henderson at 20:59