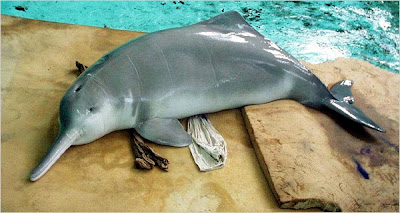 The extinction of the Baiji has become iconic but it was just one of the topics outlined by Sam Turvey in a hard-headed presentation about priorities in conversation at a 20 June conference called The Open Ground. [1]

My contribution was less focused and more touchy-feely: a few half-formed comments on 'values' and 'stories'. It's posted here.

Turvey, whose work includes Witness to Extinction, applied some welcome caustic to the sentimentality that can sometimes creep into Western accounts of the death of this dolphin. [2] Western agencies failed to put money where their mouths were, and the Chinese authorities were hopeless. The extinction, Turvey and others have shown, was probably not inevitable.

That said, with the Yangtze as a main highway, sewer, food and power source for about one tenth of humanity it's remarkable that the baiji and other remarkable species such as Chinese sturgeon survived as long as they did. [3], [4] 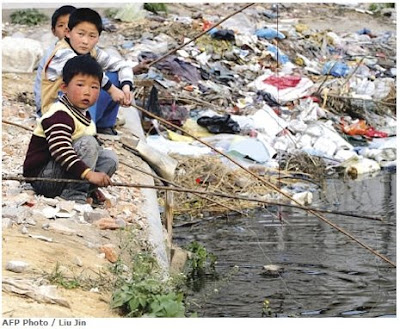 [1] Emily Nicholson was equally rigorous. I cannot comment on presentations by Mel Challenger, Ruth Padel, John Fa, Armand Leroi and others because I left before they spoke in order to take part in a workshop titled Changing Climate Stories, on which see Ashdenizen, Springcoppice and Samantha Ellis. It was one of those days when you want to be in at least two places at once.

[2] I asked Turvey (whose book I have not read; I will now) if it was true that people only started eating the Baiji during the 1958-61 famine. He said, if I understood him correctly, that consumption (a contributory factor in its decline but not a main driver) probably began before that. Westerners tend to over-idealise earlier Chinese views of nature (appealing as some of those memories and imaginings are)

[3] In a piece of framing that was new to me, Turvey called the Yangtze 'the Amazon of the East.' This phrase may have been shamelessly manufactured by conservationists with an agenda. If so, good for them. Before large-scale human impact the banks of the river may have been as wondrously rich with life forms as the river itself. No sooner is the point made than you say 'of course', but it is not necessarily a thought that readily occurs otherwise. Time to go back to Mark Elvin's The Retreat of the Elephants.

The solitary goose does not drink or eat,
It flies about and calls, missing the flock.
No-one now remembers this one shadow,
They've lost each other in the myriad layers of cloud.
It looks into the distance: seems to see,
It's so distressed, it thinks that it can hear.
Unconsciously, the wild ducks start to call,
Cries of birds are everywhere confused.

Posted by Caspar Henderson at 11:00