"Echidnas are one of the most pacifistic mammals. Nobody bothers them; they don’t bother anybody. There’s a lot we could learn from them.” And in that level head sits a mighty brain. Among humans, the neocortex that allows us to reason and remember accounts for 30 percent of the brain; in echidnas, that figure is 50 percent.

The article does not mention that Long-beaked echidna species are considered critically endangered. 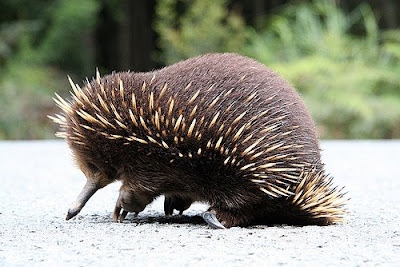 Posted by Caspar Henderson at 07:55

Email ThisBlogThis!Share to TwitterShare to FacebookShare to Pinterest
Labels: Monotremes