'So pick a bird,' the Water Genie commanded. 'Any bird.' This was puzzling. 'The only bird around here is a wooden peacock,' Haroun pointed out, reasonably enough. Iff gave a snort of disgust. 'A person may choose what he cannot see,' he said, as if explaining something very obvious to a very foolish individual. 'A person may mention a bird's name even if the creature is not present and correct: cow, quail, hummingbird, bulbul, mynah, parrot, kite. A person may even select a flying creature of his own invention, for example winged horse, flying turtle, airborne whale, space serpent, aeromouse. To give a thing name, a label, a handle; to rescue it from anonymity, to pluck it out of the place of Namelessness, in short to identify it -- well that's a way of bringing the said thing into being. Or, in this case the said bird or Imaginary Flying Organism.

-- from Haroun and the Sea of Stories by Salman Rushdie. 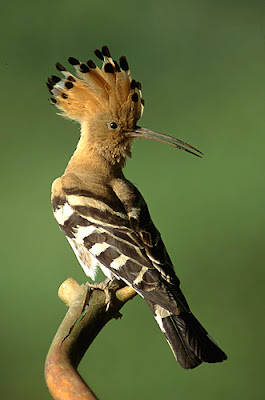 For some time we had been tormented by doubts as to who was a monster and who wasn't, but that too could be considered long settled: all of us who existed were non-monsters, while the monsters were all those who could exist and didn't...

But if we were going to begin again with strange animals, if the Reptiles, antiquated as they were, started to pull out limbs and teguments they had never felt any need for previously, in other words if a creature impossible by definition such as a bird was instead possible (what's more if it could be a handsome bird like this one, pleasing to sight when he poised on the fern leaves, and to the hearing when he released his warbling), then the barrier between monsters and non-monsters was exploded and everything was possible again.

-- from The Origin of Birds by Italo Calvino 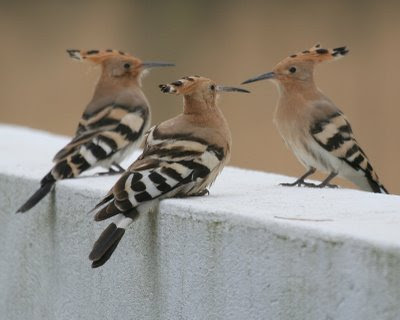 (photos from from the Polish birds directory and Papagano's Free Bird Photographs)
Posted by Caspar Henderson at 10:22

Email ThisBlogThis!Share to TwitterShare to FacebookShare to Pinterest
Labels: birds