The animals of Dr Pangloss 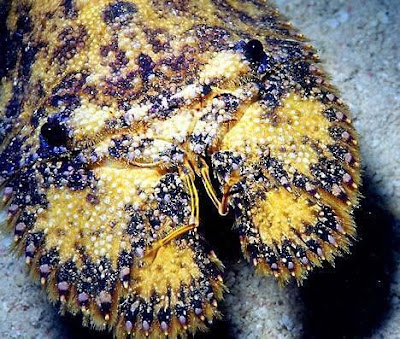 Long before David Foster Wallace told us to consider the lobster, the Elizabethan writer George Owen observed that this remarkable animal served several 'purposes' at the same time:

it provided men with food, for they could eat its flesh; with exercise, for they had first to crack its legs and claws; and with an object of contemplation, for they could behold its wonderful suit of armour, with its ‘tases, vaunthrces [vamplates], pouldrons, coushes [cuisses] gauntlets and gorgets curiously wrought and forged by the most admirable workman of the world’. [1, 2]

Dr Pangloss decided that les nez ont été faits pour porter des lunettes; aussi avons-nous des lunettes ('noses are formed for spectacles, therefore we wear spectacles'). And just so, many of his early modern contemporaries thought that every animal was intended to serve some human purpose, if not practical, then moral or aesthetic:

Savage beasts were necessary instruments of God’s wrath, left among us ‘to be our schoolmasters’, thought James Pilkington…they fostered human courage and provided useful training for war. Horse flies, guessed the Virginian gentleman William Byrd in 1728, had been created so ‘ that men should exercise their wits and industry to guard themselves against them’. Apes and parrots had been ordained ‘for man’s mirth’. Singing birds were devised ‘on purpose to entertain and delight mankind’.

...As for cattle and sheep, Henry More in 1653 was convinced that they had only been given life in the first place so as to keep their meat fresh ‘til we shall have need to eat them’. As late as the 1830s the authors of the Bridgewater Treatises on ‘God’s goodness as manifested in the Creation’ were still maintaining that all inferior species had been made to serve man's purpose. God created the ox and the horse to labour in our service, said the naturalist William Swainson; the dog to display affectionate attachment, and the chicken to show ‘perfect contentment in a state of partial confinement’. The louse was indispensable, explained the Rev. William Kirby, because it provided a powerful incentive to habits of cleanliness. [3]

1. from Man and the Natural World: Changing Attitudes in England 1500-1800 by Keith Thomas (1983). (Tasses and cuisses were pieces of armour protecting the thighs; vamplates were handguards; pouldrons covered the shoulders and gorgets the throat.)

2. Jaron Larnier notes that "some of the earliest experimental avatars...were aquatic, including one that allowed a person to inhabit a lobster's body."