The most endangered animal 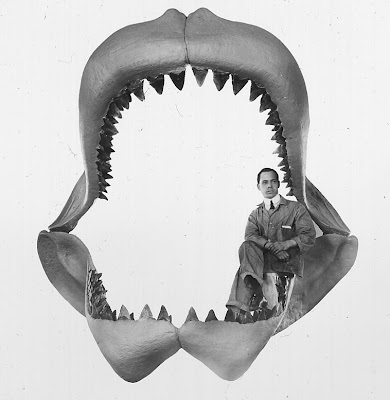 The problem of consciousness confronts us only when we begin to comprehend how we could dispense with it. For we could think, feel, will, and remember, and we could ‘act’ in every sense of that word, and yet none of all of this would have to ‘enter consciousness’. The whole of life would be possible without, as it were, seeing itself in a mirror. For what purpose, then, any consciousness at all when it is in the main superﬂuous? I may now proceed to the surmise that consciousness is really only a net of communication between human beings; a solitary human being who lived like a beast of prey would not have needed it. That our actions, thoughts, feelings and movements enter our own consciousness—at least a part of them—that is the result of a ‘must’ that for a terribly long time lorded it over man. As the most endangered animal, he needed help and protection, he needed his peers, he had to learn to express his distress and to make himself understood; and for all of this he needed ‘consciousness’ ﬁrst of all, he needed to ‘know’ himself what distressed him, he needed to ‘know’ how he felt, he needed to ‘know’ what he thought. My idea is, as you see, that consciousness does not really belong to man’s individual existence but rather to his social or herd nature.


The bottom line is that we are not a we. We are a set of I ’s, individuals who due to the very nature of conscious selfhood are in principle unable to get through to one another and share the most central facts of our psychical existence. Nietzsche was wrong. When it comes to consciousness, we are on our own: ‘soul’, ‘solo’.

...If I cannot even tell what seeing red is like for you, what can I tell! Imagine. We are walking together in the woods after the rain, dappled sunshine ﬁlters through the dripping leaves, a blackbird sings and the scent of honeysuckle permeates the rich air. It may be that shared moments like these are needed to give meaning to our lives—shared moments of consciousness. What then if we should realize how little we are truly sharing: that if truth be told each of us is merely colouring in the other’s consciousness as if it were his or her own?

Perhaps, Humphrey writes, "the tragedy of being human is the perpetual 'virginity' [separateness] of the soul." But, he concludes:


Instead of either running from the problem or trying to mend it, why not make the most of it? Just look what we’ve got here! If I myself have this astonishing phenomenon, known only to me, at the centre of my existence, and if (it is, of course, a big if) I can assume that you do too, then what does this say about the kind of people that we are? It is not just me. Each of us is a creative hub of consciousness, each has a soul [sic], no one has more than one. All men have been endowed by the creator with an inalienable and inviolable mind-space of their own.

We are a society of selves. The idea that everyone is equally special in this way is extraordinarily potent — psychologically, ethically and politically. And I dare say it would be and is highly adaptive. I believe it is likely to have arisen within the human community as a direct response to reﬂecting on the remarkable properties of the conscious mind. And from the beginning, it will have transformed human relationships, encouraging new levels of mutual respect, and greatly increasing the value each person puts on their own and others’ lives. Indeed, I would go so far as to suggest that it marked a watershed in the evolution of our species — the beginning of humanity’s interest in the human project, a concern with humanity’s past and humanity’s future. 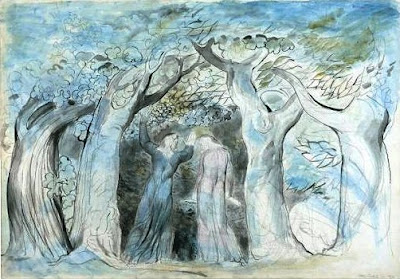 (photo at top: Carcharodon megalodon and friend)
Posted by Caspar Henderson at 09:01