The dance of life

The metaphors I use are related to emergence and creativity and the concept of a creative cosmos. Evolution is an aspect of this creativity...You see in genetic reductionism [Alfred North] Whitehead's fallacy of misplaced concreteness, par excellence. Genes are not themselves creative but function within the context of the organism, which is.

-- from Biology is just a dance by Brian Goodwin

P Z Myers says Goodwin "missed the mark by neglecting genes as much as he did...but [his work reminds us that] the modern molecular biological approach is also missing a significant element". 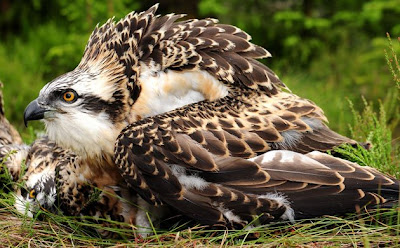 Photo: one of the first osprey chicks to be born in Northumberland for 'at least 200 years'.
Posted by Caspar Henderson at 07:46