Antithetical as they may seem, the two data sets [of extinction and discovery] are in many ways intertwined. One reason scientists are discovering more new species now than they were a couple of decades ago is that previously impenetrable places have been opened to varying degrees of development, allowing researchers to rush in and sample the abundance before it disappears. The gulp ’n’ go style of the global market can also deliver taxonomic novelty right to scientists’ door.

-- from New creatures in an age of extinctions by Natalie Angier. [1] In April, noting concern about the fate of the Sidamo lark, I wrote:

Discovering new beings and learning at the same time of their imminent extinction seems to be quite a common experience. Is there a word for the combination of wonder and almost instantaneous grief this arouses? 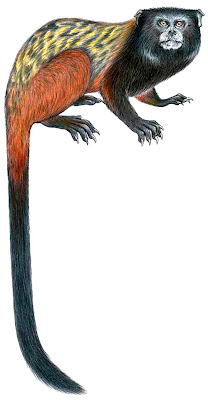 [1] Back in March, Yale 360 published a similar article by Bruce Stutz titled Finding New Species: The Golden Age of Discovery
Posted by Caspar Henderson at 18:45