The world of living things

For Daniel Dennett a key realization of the Darwinian revolution is 'competence without comprehension.' [1] Some forms of intelligence do not require consciousness as we normally think of it. [2]

Darwin touches on this matter. "Some animals extremely low in the scale apparently display a certain amount of reason," he wrote after extensive study of earthworms; "a result which has surprised me more than anything else in regard to worms." [3]
The study of cognition and the capacity to process information has come a long way and been substantially rethought since Darwin's time. Still, he would surely be intrigued that intelligence of a kind may be present in even 'simpler' life forms than the earth-worm. [4] As an article in New Scientist this week reminds us, it's been a decade since Toshiyuki Nakagaki reported that the slime mold Physarum polycephalum can negotiate a maze to reach food at the exit. This, Nakagaki wrote, "implies that cellular materials can show a primitive intelligence". [5] He is, however:

unwilling to extend the notion of intelligence to an oil droplet recently observed 'solving' a maze. "It is nonsense for me to consider intelligence in non-living systems," he says.

Should we then draw a definite a line between living beings and the non-living world? NS reports a different tack from the philosopher Andy Clark, who says much of biology boils down to chemistry:

"The mere fact that it's just physical stuff doing what it does can't be a strike against the droplets. Whatever intelligence is, it can't be intelligent all the way down. It's just dumb stuff at the bottom."

...The droplet appears to be moving in an intelligent way because the aqueous environment surrounding the droplet is structured to such a high degree by the pH gradient that it makes the dumb droplet appear smart. "It's a neat demonstration of just how much problem-solving punch you can get from a minimal internal structure in a nicely enabling environment," says Clark

Humans rely on the same trick, says Clark. It forms the basis of the extended mind theory proposed by Clark and David Chalmers in the late 1990s. This holds that the division between mind and environment is less rigid than previously thought; the mind uses information within the environment as an extension of itself. 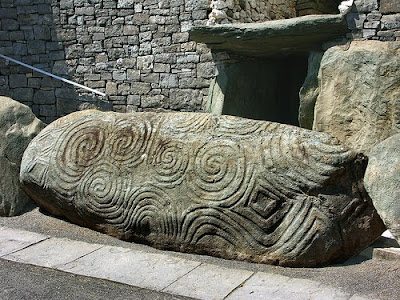 [1] See, for example Darwin's "strange inversion of reasoning" (2009)
[2] And neither do some forms of memory. For a very short introduction see Memories in Nature by Olivia Judson (2009)

[3] The Formation of Vegetable Mould through the Action of Worms (1881). E. O. Wilson and others have arguably done for ants what Darwin did for earthworms. For example:

Even with a brain one-millionth the size of a human’s, an ant can learn a simple maze half as fast as a laboratory rat, and remember the directions to as many as five different destinations when she forages away from the nest. After exploring a new terrain, a worker can integrate all the seemingly haphazard twists and loops she made and, amazingly, return to the nest in a straight line.

[4] In Created from Animals: The moral implications of Darwinism (1990), James Rachels notes:

"The mental powers of worms"? It sounds like a joke. ...It should be noted, however, that Darwin's brief in behalf of worms was not part of some general campaign to attribute intelligence to all creatures, no matter how lowly. He was far too cautious for that. He regarded the matter as an open question, to be decided experimentally in each case. Darwin observed that other lowly animals do not show the same degree of intelligence as the worm.

[5] Intelligence: Maze-solving by an amoeboid organism (2000). More recently Nakagaki and his colleagues have shown that a slime mold can quickly build a network as complex as the Tokyo metro system. Rules for Biologically Inspired Adaptive Network Design (2010)


Image: (Teaching a stone to talk) Newgrange
Posted by Caspar Henderson at 07:06