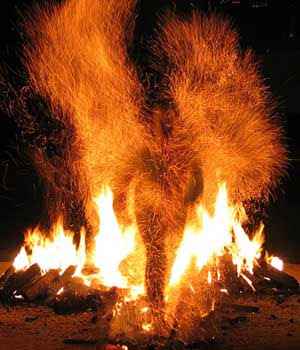 Man will become better when you show him what he is like.

-- Steven Pinker attributes this remark to Anton Chekov. On a cursory search I cannot find the source, and would be glad to hear from anyone who can.

To understand what Man is like requires that one understand, among other things, how (s)he differs from other species. And this is only possible if we understand what they are like. Darwin's notebooks of 1838:


Origin of man now proved - Metaphysic must flourish - He who understands baboon would do more towards metaphysics than Locke...

[It is] hard to say what is instinct in animals & what [is] reason, in precisely the same way [it is] not possible to say what [is] habitual in men and what reasonable...as man has hereditary tendencies, therefore man’s mind is not so different from that of brutes.

It has been hypothesized that humans differ from other apes not only in the sophistication of their theory of mind but also in their motivation to share their intentions, emotions and knowledge. Even very young children with only an implicit understanding other people’s minds are strongly motivated to share their ideas and empathize with others...

Because humans and chimpanzees differ strikingly in their theories of mind and their motivation to communicate what they know, we suggest that the evolutionary pressures favoring individual’s ability to represent other’s knowledge - the rudiments of which we see in modern chimps - created strong selective pressures favoring an ability to express this knowledge to others. In other words, having a theory of mind favored an ability to expand one’s vocabulary and combine words in sentences to combine novel meanings. Thought came first, speech and language appeared later, as its expression.