Ten thousand miles in the mouth of a graveyard

Knoll points out some disturbing parallels between today's crisis and a pulse of mass extinctions that occurred 252 million years ago, wiping out an estimated 96% of species in the oceans and 70% of species on land. A rapid increase in carbon dioxide in the atmosphere led, among other things, to ocean acidification. For animals that depended on calcium carbonate, "you had about a 90% chance of going extinct," says Knoll. "Corals, sponges, brachiopods, they all kicked the can."

Knoll doesn't expect human-driven mass extinctions to be as bad as that ancient one. But they could still be unimaginably huge. "If we lose half the species on the planet, our grandchildren are not going to see them restored," says Knoll. "It will take millions of years." 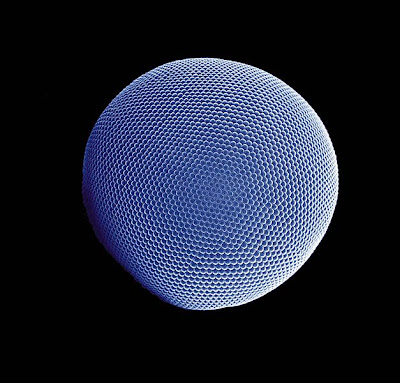 Compound eye of Antarctic krill
Posted by Caspar Henderson at 21:49

i love your blog!