'The cranium is the space traveler's helmet...' 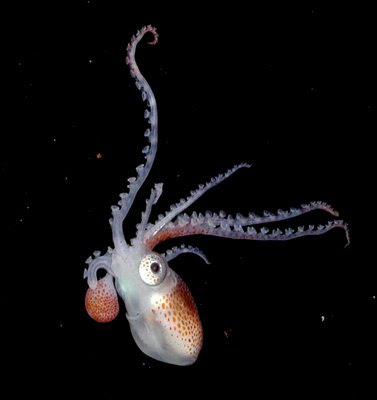 Unless a film of flesh envelops us, we die. Man exists only insofar as he is separated from his surroundings. The cranium is a space traveler's helmet. Stay inside or you perish. Death is divestment, death is communion. It may be wonderful to mix with the landscape, but to do so is the end of the ego.

-- from Pnin by Vladimir Nabokov, quoted in Lit by Mary Karr.

You know, this place is kind of touching, but mostly it’s just sad. You  know these earthlings—they call themselves people. They are—you’re not  going to believe this, and you might be grossed out, but here’s what they are  like. They’re separated from each other in these sacks of skin. There are  often many feet of air between them when they are communicating. Just atmosphere. Yet they are conscious, they form relationships, they think, they  long for one another. But they aren’t connected. They can’t do mind melds  like us. So what do they do—okay, here comes the gross part. Just hold on to  your stomach and try not to get too grossed out. So there is an orifice and it’s  an orifice that they eat with and they breathe with it and they can make  these weird sounds out of this same orifice. Now I told you not to get sick,  okay? Space exploration is a tough game, and you just have to deal with it,  okay? If you can’t deal with it, get interested in something else.
Then they have these other orifices, called ears, where sounds go in,  and they have this code system and they communicate that way. It’s awkward  and it’s weird and it’s disgusting, but it’s what they have. I mean, we can only sort of feel for them. 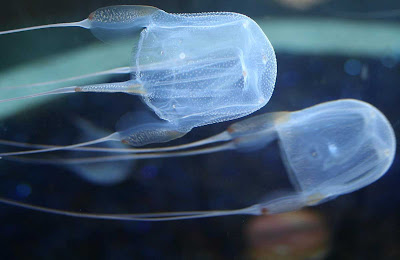 Posted by Caspar Henderson at 09:03