Around 250 million years ago, at the end of the Permian period, about 90 per cent of land species were wiped out as global temperatures soared. A cat-sized distant relative of mammals, Kombuisia antarctica, seems to have survived the extinction by fleeing south to Antarctica.

-- finds a study by Jörg Fröbisch et al. This provides valuable evidence that animals today could survive climate change by migrating, Peter Mayhew tells New Scientist. But today, says David Jablonski, humans have so thoroughly fragmented much of the land surface with cities, suburbs, farmland and highways that many species cannot make the necessary range shifts.

There are other factors too. Most obviously, Antarctica is further south than it was 250 million years ago and no longer joined to other land masses. 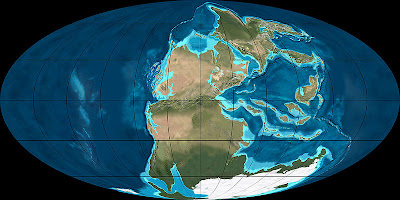 In 2007 Stephen Pyne described Antarctica as an analogue for space, so barren of life is its great centre. 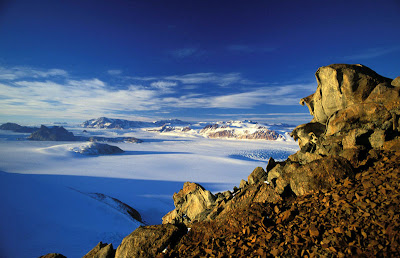 Still, if climatic change proves to be very large -- with for example, a rise of more than 4 or 6 C in global average temperature, and rises far greater than that at the poles -- Antarctic ecology will change beyond recognition. The continent's present fauna will be devastated. Some plant and animal species will arrive from the north will-he nill-he, but others could be deliberately transplanted, and a rapidly emerging set of new ecosystems protected and managed, to a limited extent, by people who somehow succeed in keeping the human urge to extract and despoil every last resource under control. The Gamburtsevs could teem with life (an idée fixe on this blog).
Much of the rest of the world may be blasted and wrecked. But fragments of the song of songs would continue in full voice in what had been the deadest place on the planet. 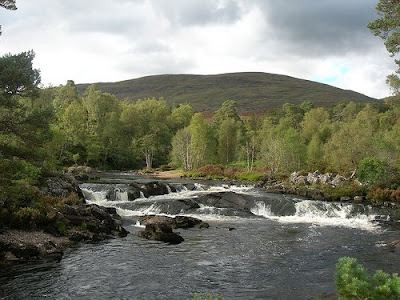 For science rather than wild speculation see SCAR's report on Antarctic Climate Change and the Environment.
P.S. 18 Dec: Data to expose 'ghost mountains'
Posted by Caspar Henderson at 06:09