A couple of reminders this week that belief in the presence of alien beings on earth [1] is widespread and/or goes deep in parts of the culture:

a) the Brit who lost his appeal against extradition had hacked into U.S. military and space systems because he wanted to find out whether aliens really existed; and

b) 'Area 51' is the most popular conspiracy theory in the U.K.

The beliefs are peculiar to the times. As Hilary Mantel puts it, "until the idea of space flight became credible, there were no aliens; instead there were green men who hid in the woods" [2].

Imaginitively inhabiting the present extinction event in our own biosphere (if that is what it is) looks like a tougher call [3]. 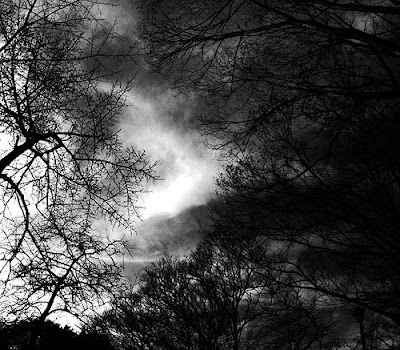 1. The existence, or otherwise, of life in parts of our universe at present remote from us, or in other universes, may be a different matter.

2. In the same piece Mantel writes:

On the lonely road by moonlight, the parts of ourselves oppressed by our intelligence come out to play. We meet ancestral selves, neither gods nor demons but short semi-humans with hairy ears and senses differently attuned – the eyesight of an eagle, the nose of a hound. The phenomena are internal, generated by the psychological mechanisms that connect us to each other and to our evolutionary past.

She has noted elsewhere that we are full of ghosts, but largely human ones.

Can you imagine a world without [our closest relatives]? Visit Conservation.org every day next week to discover the state of the world’s primates and what you can do to save them.

Posted by Caspar Henderson at 15:38