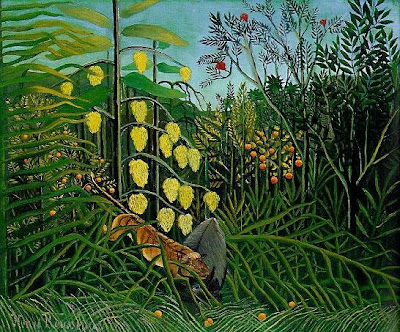 As a musician, I, like most of my colleagues, learned to listen only partially. The more complex acoustic structures - especially those in the natural world - are far more intricate than the music of most western composers. Even those who create music they think has been inspired by "nature" have missed the point. They've limited their compositions to single signature species like whales, wolves and a few birds that just happen to fit the musical paradigms of the moment. What this hubris conveys philosophically is the composer's disconnection to the natural world.

Those groups who still live bonded to the natural world use the biophony as a natural karaoke orchestra with which they perform. They make no distinction between themselves and "nature" like we do. They don't need to separate themselves as "artists" or "musicians" within their groups. Those who never came in contact with western academia or the missionaries don't have a word in their lexicon for "nature", "music" or "artist".

P.S. 15 July: reminded of a quote, found at Hungry Hyena, from Spell of the Sensuous by David Abram:

We are human only in contact, and conviviality, with what is not human.

Posted by Caspar Henderson at 07:58