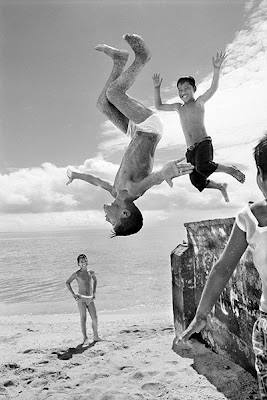 page 121: humans...appear to be the only animals anxious about what makes them unique. Helene Guldberg emphasizes the differences:


Human beings, like no other animal, have culture, we can exert some control over nature, and we’ve made life-changing inventions. We’ve built cities, nation states, governments, we’ve created language, we’ve invented the alphabet and other forms of written symbol and produced art and literature. We can diagnose illnesses and cure them, we have a sense of right and wrong and we have a sense of where we want to take society. Animals don’t have any of those things.

The Earth systems scientists Tim Lenton and Andrew Watson think human language (which, of course, enables arts, institutions, and science) is one of eight major revolutions in the history of life. (See page 167 and their book Revolutions that Made the Earth.)  More than a few philosophers (among them Mark Rowlands) and primatologists (among them Frans de Waal) would disagree with Guldberg's claim that a sense of right and wrong is unique to humans. There is good evidence, too, for culture in (among others) chimpanzees and dolphins, albeit vastly more limited than in humans.

page 123:  'Lucy' may have been adapted both for living in the trees and...on the ground. See this from David J. Green and Zeresenay Alemseged (also here).

page 123 Early humans liked to eat meat. See this and this.

page 124: running is central to what keeps us most human and healthy.  I like this idea, probably because I like running! Not everyone agrees though! 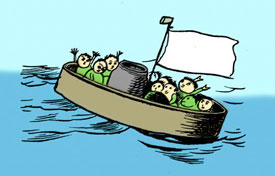 Posted by Caspar Henderson at 11:50