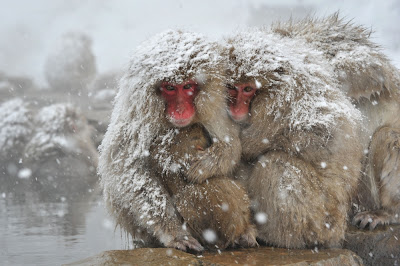 page 154: Dario Maestripieri has published three books since Machiavellian Intelligence (2007) including Games Primates Play (2012), which is also the title to this blog.

page 158: Mikhail Bulgakov. No such short story exists, although Bulgakov did write a novella called The Heart of a Dog (1925) in which the testicles and pituitary gland of a man are transplanted into a dog.


It makes no difference what men think of war...War endures. As well ask men what they think of stone. War was always here. Before man was, war waited for him. The ultimate trade awaiting its ultimate practitioner. That is the way it was and will be. That way and not some other way.

page 160: Mao Zedong. See this review of Tombstone by Yang Jisheng and four other books.


Thinking of an [artificial general intelligence] as a machine for translating experiences, rewards and punishments into ideas (or worse, just into behaviours) is like trying to cure infectious diseases by balancing bodily humours: futile because it is rooted in an archaic and wildly mistaken world view.

page 164: the now-famous 'mirror neurons' Taking a contrary view, Gregor Hickok says there are Eight Problems for the Mirror Neuron Theory of Action Understanding in Monkeys and Humans. (Thanks to Roman Krznaric for drawing attention to Hickok's paper.)


...risking oversimplification, individual selection promoted sin, while group selection promoted virtue. So it appeared that humans are forever conflicted by their prehistory of multilevel selection. They are suspended in unstable and constantly changing locations between the two extreme forces that created us. We are unlikely to yield completely to either force as an ideal solution to our social and political turmoil. To yield completely to the instinctual urgings born from individual selection would dissolve society. To surrender to the urgings from group selection would turn us into angelic robots — students of insects call them ants.

See also Paul Seabright and Mark Pagel. Paul Gilbert says "the recognition that both our evolved minds and our social context shape us, and that we have less control over our minds than we think, is to me a call to compassion."

page 168: half of extant species of [primates] are in imminent danger of extinction. Here, for example are two reports - 1, 2 -  on the fate of gorillas

page 169: cuckoo clocks and no Italian Renaissance. John Gray looks here at the claim that artistic creativity thrives on the conflicts that go with being ruled by tyrants.
Posted by Caspar Henderson at 21:12