Day of the dead 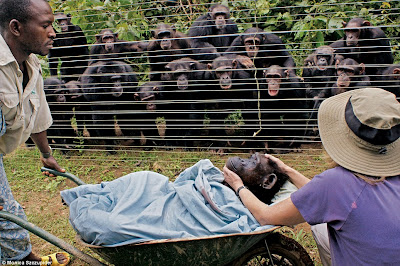 page 92: Everything that lives is holy. On occasion, Annie Dillard entertains a different view:


I don't know what it is about fecundity that so appalls. I suppose it is the teeming evidence that birth and growth, which we value, are ubiquitous and blind, that life itself is so astonishingly cheap, that nature is as careless as it is bountiful, and that with extravagance goes a crushing waste that will one day include our own cheap lives. Every glistening egg is a memento mori.

In The Hit, a 1984 gangster film, Willie Parker (played by Terrence Stamp) seems to be living with this attitude (see this clip) but looses it in the end (see this clip).


P.S. A note from a year ago and some wise words from Christopher Hitchens
Posted by Caspar Henderson at 06:16