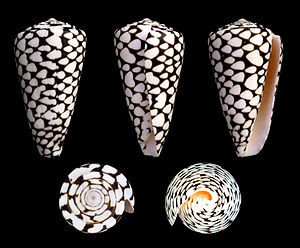 page 139: spirals [ubiquitous]... in living things -- even, it seems, in the human uterus. See also this on the golden ratio.

page 142: Nuvvuaqittuq. Looking for the most off-putting and obscure possible title for my book, I thought of combining this rock and this device for Nuvvuaqittuq Eidouranion. See here and this essay.

page 143: inserting sequences that code for text into non-coding DNA. Things have moved on a long way since I wrote this chapter! See, for example, this:


Scientists have for the first time used DNA to encode the contents of a book. At 53,000 words, and including 11 images and a computer program, it is the largest amount of data yet stored artificially using the genetic material.

An early analogy between the material (and living) world and language is found in De Rerum Natura by Lucretius, which argues that:

page 143: The 101834097  books in the Library of Babel. This figure is from The Unimaginable Mathematics of Borges' Library of Babel by William Goldbloom Bloch which was reviewed by Alberto Manguel here.

page 144: central dogma of molecular biology.  It turns out that things are not so simple. See, for example, The ever deepening mystery of the human genome and, especially, The Epigenetic Revolution by Nessa Carey.

page 146: the single biggest threat to Man...is the virus.  See Spillover by David Quammen and The Viral Storm by Nathan Wolfe. But see also A Planet of Viruses by Carl Zimmer.


The interconnected and interdependent nature of things is the heart of ecology. It is also remarkably similar to the fundamental insight of Buddhism: ‘dependent co-arising’ or pratītyasamutpāda in Sanskrit

page 149: Beauty [can help us] see that things exist independently of our own attachments.  So, most famously, "there is grandeur in this view of life..."

page 149: deep places that are out of sight. See this on the case for deep sea conservation.
Posted by Caspar Henderson at 10:53