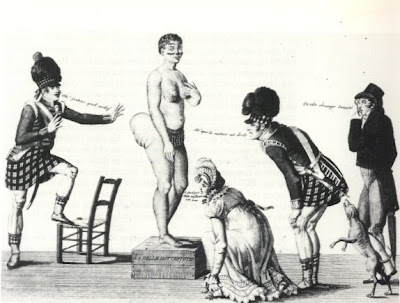 Most of the animals on display in the UK’s largest zoological gardens are at the very lowest risk of extinction in the wild...Fewer than a quarter are classified as “threatened” on the [IUCN] Red List. Yet it is species conservation that dominates zoos’ ­branding – and the spur behind their revival seems to be that they have convinced punters that the price of a ticket buys them, not entry to a show, but a stake in the preservation of the natural world.

-- writes Peter Barber in What are Zoos for? Regarding their history:

The zoo was a powerful embodiment of the notion that not only had British culture been able to extend itself over the furthest reaches of the globe, but that it had “actually been able to bring the furthest reaches of the globe back to the centre of the imperial city”...Zoos as we know them today are relics of this earlier era of globalisation, in which not just people and spices were dispersed across the planet, but the natural world.

Barber more or less concludes that, whatever misrepresentations or manipulations zoos may or may not may make today, they are likely to play a significant role in future as 'arks'.

It sounds as if Radoslaw Ratajszczak faces a situation at Wroclaw Zoo a little like the one David Hancocks faced at the Seattle Zoo and the Arizona-Sonora Desert Museum in the '80s and '90s. See this from '97.
Posted by Caspar Henderson at 11:53

Email ThisBlogThis!Share to TwitterShare to FacebookShare to Pinterest
Labels: Zoos