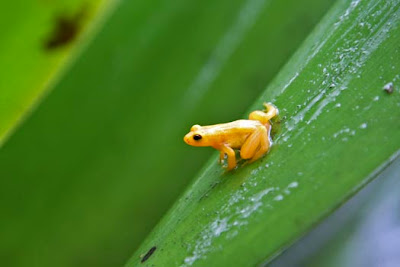 Half of vertebrate species may be gone by the end of this century. Elizabeth Kolbert's The Sixth Extinction? is good on, among other things, the frogs, the bats and some of the people who care for them. [1] At least one take-home point is familiar:

In the end, the most deadly aspect of human activity may simply be the pace of it.[2]

One of the consequences of frenetic human activity as currently organised is, of course, rapid climate change. [3] In Heatstroke: Nature in Age of Global Warming, Anthony Barnosky writes that, before Man, the typical species life span of a mammal was 1.7 to 2.5 million years [4]. For plants, reptiles or amphibians the likely span was somewhat longer. For birds and fish perhaps a little shorter. And, he says,

In order to have that long a life span a species must be able to withstand (or, in an evolutionary sense, adapt to) the broad, slow shifts in climate that are natural as tracked over many millions of years, and also the more rapid fluctuations in climate that are nested within individual million-year time slices.

On 'the lowest reasonable estimate', Barnosky continues, the global average temperature will rise will be 1.1 Centigrade by 2050, and the earth will be hotter than modern humans have ever seen it -- hotter than in at least 160,000 years. On a 'worst case scenario' the heating by 2100 will be 4 to 6 C; the Earth will be hotter than at any time in the last three million years, and:

Three million years ago, not one species of mammal or bird that lives on Earth was alive, as far as we know.

But Barnosky's worst case scenario may be actually be over-optimistic. A recent analysis at MIT calculates the odds as worse than previously thought: without effective policies a temperature rise of more than 7 C becomes a distinct possibility. 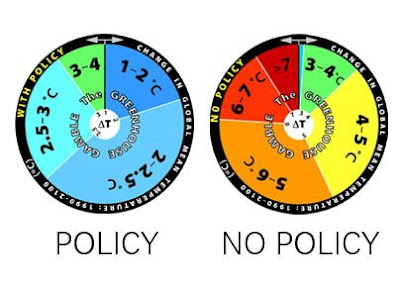 In all events, efforts at ecosystem protection are likely to continue, along with the kind of hedging Kolbert describes at EVACC, an amphibian conservation centre in Panama:

It might be thought of as a preserve, except that, instead of protecting the amphibians from their natural habitat, the center's aim is to isolate them from it.

Another option -- one that may be more widely discussed before too long -- is whether and how some animals and other living entities can be engineered not for medical research but to withstand rapid change. [6] 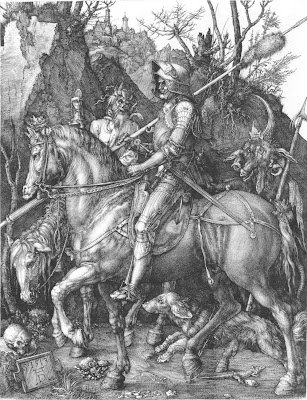 [1] It also contains, among other things, a fairly good working sketch of the Anthropocene:

Most of the world's waterways have been diverted or dammed or otherwise manipulated -- in the United States, only two per cent of rivers run unimpeded -- and people now use half the world's readily accessible freshwater runoff. Chemical plants fix more atmospheric nitrogen than all natural processes combined, and fisheries remove more than a third of the primary production of the temperate coastl waters of the oceans. Through global trade and international travel, humans have transported countless species into ecosystems that are not prepared for them. We have pumped enough carbon dioxide into the air to alter the climate and to change the chemistry of the oceans.

[2] Kolbert asks Andrew Knoll to compare the current situation with past extinction events. He says he doesn't want to exaggerate recent losses, or to suggest that an extinction on the order of the end-Cretaceous or end-Permian is imminent. At the same time he notes, when an asteroid hit the Yucatan 65 million years ago,

[3] One, but by no means the only one. Over-consumption is another. See, for example, 'turbo-evolution' of cod.

[4] Incidentally, the species life span of Erectus may lie within this range, or at least approach it. Perhaps Floresiensis lived longer.

[5] The world ocean itself ceases to be natural as its chemistry changes faster than at any time in more than fifty million years.

[6] A major extinction is a field day for fungi, pathogens, micro-organisms etc. In the long run (the next few millions to tens of millions of years), the current extinction event may, other things being equal, open up space for a new flowering of beings. Some of them could be as strange and marvelous as those of the cetacean radiation. Peter Ward argues that, looking to the even longer run (hundreds of millions of years), there is "only one chance for survival": planetary, not (just) genetic engineering. Humans [post-humans?] must, he says, "seize the controls of the various elemental cycles that determine the future of life on earth."

The title of this post is based on a line in Act 5, Scene 2 of The Tragical History Faustus, where Marlowe quotes Ovid

The stars move still, time runs, the clock will strike.

Posted by Caspar Henderson at 07:31