Fires are obviously one of the major responses to climate change, but fires are not only a response -- they feed back to warming, which feeds more fires...The scary bit is that, because of the feedbacks and other uncertainties, we could be way underestimating the role of fire in driving future climate change.

Thomas Swetnam, University of Arizona, in a press release for the review Fire in the Earth System. 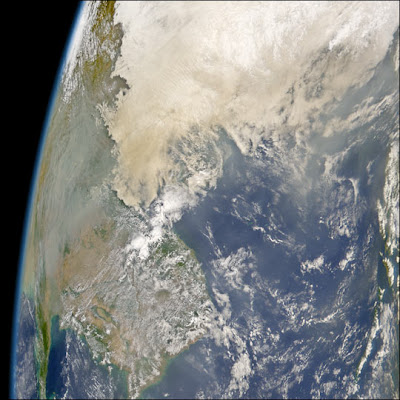 In The Republic, Plato likened the human condition to life in a cave, illuminated only by flames. But the allegory is deeper than Platonic idealism. In Swartkrans, a South African cave, the oldest deposits hold caches of bones, the prey of local carnivores. Those gnawed bones contain the abundant remains of ancient hominids. Above that record rests, like a crack of doom, a stratum of charcoal; and atop that burned break, the proportion of bones abruptly reverses. Above the charcoal, the prey have become predators. Hominids have claimed the cave, remade it with fire, and now rule. That, in a nutshell, is what occurred throughout the Earth. What has happened with early prey relationships happened also with fire. As humans successfully challenged lightning for control over ignition, the whole world has become a hominid cave, illuminated, nurtured, warmed and controlled by the flame over which humanity exercises its unique power and through which it has sought an ethic to reconcile that power with responsibility.

-- from Fire: A Brief History by Stephen Pyne.
Posted by Caspar Henderson at 06:51