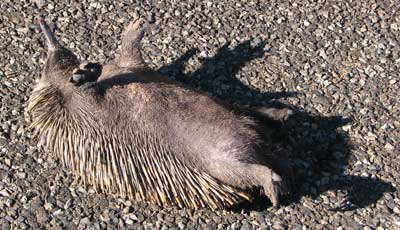 It takes a while for it to sink in, but the closer you get to the desert, the more life here is in the land; once you're beyond the reach of modern cultivation there are trees again, and from the their shadows come enough birds, reptiles and mammals to let you feel you are finally back in Australia. Each time I traverse the dead zone of the wheat belt and reach this territory, my mood lifts. What kind of man cheers up at the sight of roadkill?

-- from Where the wild things were, Tim Winton on the land that was once the home of the boodie, the woylie, the wambenger, the chuditch, the short-beaked echidna, the dunnart and the bandicoot.

Creatures with names like these would be at home in a satire by Jonathan Swift. So it should be no surprise to discover that the Dean's co-ordinates put Gulliver here abouts. At the time Swift was writing, there was indeed an austral land teeming with creatures more strange and marvellous than even he could imagine. 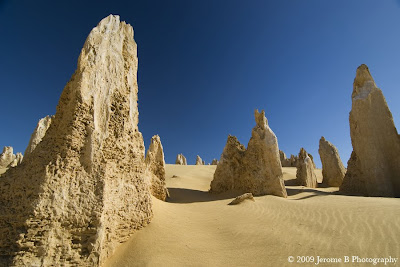 There are human sites in this country that thrum with power, places whose ancient presences intimidate and confront, but this is not one of them. This feels like a monument to lost songs, languages, connections and clans, for a place like this, without its people, is bereft.

Still, Winton finds ground for hope in projects such as this.

(photos by Sharyn Munro and Jerome B.)
Posted by Caspar Henderson at 08:22

Email ThisBlogThis!Share to TwitterShare to FacebookShare to Pinterest
Labels: Australia