A natural history of violence

The difficulties of imagining an intelligent mollusk are embodied in octopus websites, many of which alternate stories of octopus intelligence with recipes for cooking the animal.

-- writes Eugene Linden. And the point gets a laugh (although many people I know who have actually spent time with live cephalapods refuse to eat them).

It is equally true, but less of a chuckle, that compassion for animals does not necessarily make people less averse to violence against other humans or less ready to profit from it. In a profile of the weapons developer Jerry Baber, Evan Ratliff notes:

When Baber was ten years old, his father took him hunting with a .22 rifle. "My daddy made me shoot a little squirrel", he says. "That poor thing was sitting there, looking at me, and just fell over. I didn't hunt after that".

Baber found a lucrative niche making precision bomb springs at the height of the Vietnam War:

"Everything that came out of airplanes -- timing and detonators -- came from us", [Baber] recalls. "We built two hundred and eighty-five thousand bomb fuses a month, with four or five springs in each one. 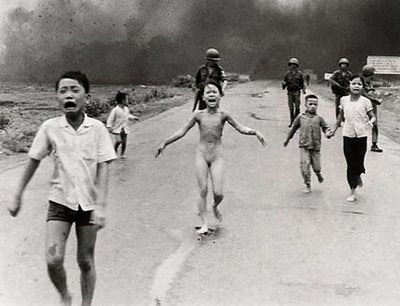 According to the profile, Baber's main concern at present is to convince to the Pentagon to deploy his AA-12 mounted on robot platforms.

How long before we see this mother in a Hollywood movie? Move over Chewbacca and the MG42!
Posted by Caspar Henderson at 06:05