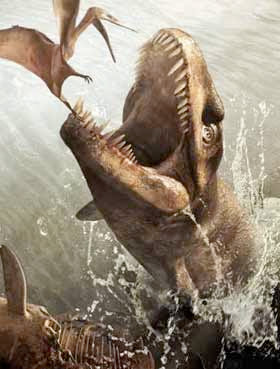 It's long been observed that, as Michael Brooks puts it [1],

human brains effortlessly conjure up an imaginary world of spirits, gods and monsters, and the more insecure we feel, the harder it is to resist the pull of this supernatural world.

And Brooks does a good job in summarizing and contrasting analysis from Scott Atran, Justin Barrett and others doing useful research into this phenomenon.

This post touches briefly on just one point: the theory mentioned by Paul Bloom at Yale that our brains have separate cognitive systems for dealing with living things on the one hand and inanimate objects on the other ("common-sense dualism"). It is argued, further, that strange things can happen when activity jumps between the two. I have made no proper study of this, but earlier today experienced the following.

Walking in the snow and slush through the local park, I half-noticed a dark blob smaller than a tennis ball on the path a few paces in front of me. Just as I was walking by I felt, as quickly as the involuntary reflex that withdraws a hand from a burning stove, a sudden shock of fear. In what seemed like the quarter or half second that followed, I attended to the object and saw it to be a stuffed cloth toy printed on the side with a picture of a blue tit or other small bird. It was a crude representation, obviously not alive and clearly harmless. [2] It had, however, been enough to spook me. [3]

My intuition is that as I approached the object (and I am aware that I had glanced at it few paces ahead) a system in my brain categorised it as inanimate, but that as I passed by the assessment changed: the object was registered as just possibly alive. The change was sudden and a sharp warning ran through my brain before closer inspection -- yup, it's just a dirty toy in the slush -- shut the warning down.

An evolutionary psychologist would say (I guess) that my ancestral 'wiring' was tripped for potential harm from, say, a snake or poison spider. There may be something to that. What struck me at the time, however, was a sense of flipping rapidly between two different mental states. Anyway, the experience seems to not contradict the idea that there are separate cognitive systems in the brain for living and non-living things. 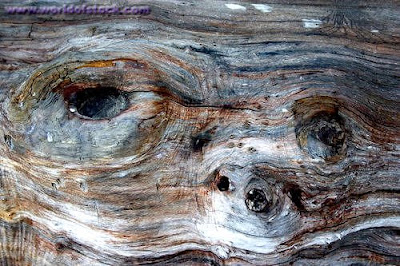 [3] I think experiences like this are quite common.  P.S.: A friend writes with a simple explanation: "you are not getting enough sleep".
Posted by Caspar Henderson at 11:06

When I was conducting ecological field work in Australia, I sensed a movement by my left foot and stopped immediately.

I hadn't seen anything in particular, and couldn't see anything for a while when I looked down... However, within a couple of seconds I saw a snake's tongue appear and disappear. It turned out to be attached to an extremely deadly and very long Brown Snake which was staying stock still and looking up a me.

I knew that I was in a lot trouble if this Australian member of the Cobra family bit me and decided that the best thing to do was to step away from the snake very slowly and deliberately.

After I had took one step backwards the snake slid off to my left and was never seen again.

Instinct had stopped me as it took me several seconds to see, consciously, what was in the grass ahead of me.

I didn't realise that part of my brain I was on a look out for snakes but I am pretty sure that this instinctive part of my consciousness saved my life.