A problem without a name


'Ocean oxygen deprivation', says Ralph Keeling, is the best phrase he has come up with so far to describe the diminution of dissolved oxygen in large areas of the oceans resulting from large-scale, rapid dumping of carbon dioxide into the atmosphere [1]. The impacts on ocean life, said Keeling (speaking at Malente XVII), are likely to be adverse and significant [2].

Keeling invited ideas for a term that would better communicate the nature of the phenomenon. I asked what he thought of 'ocean suffocation' -- arguably a sensational term, but no more so than 'ocean acidification' (which actually refers to a reduction in oceanic alkalinity) [3]. Keeling said he had thought about this, but thought it might excessively sensational. He wanted to hear from biologists [4]. 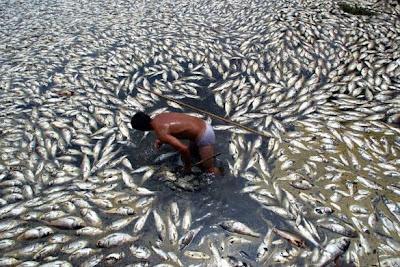 [1] As a result of anthropogenic emissions, CO2 levels are way outside the normal range for at least the last several hundred thousand years, and increasing at least a hundred times faster than at any time during that period.

[3] P.S. 22 Oct: I created a wiki stub for 'ocean suffocation'. On 23 Oct, following discussion with some distinguished oceanographers, this was changed to ocean deoxygenation. 24 Oct: see also this post from Simon Donner at Maribo.

[4] Keeling also said he thought research into the consequences of deep ocean dumping of CO2, "where it may do less damage", should be on the scientific research agenda (although not necessarily on the political agenda) . He couldn't see why it was not as good or better than most options on the table. [For an overview of ocean sequestration see, for example, the ocean acidification network.] In response, Philip Chris Reid was emphatically doubtful, pointing to the rich benthic life that would be affected. A Dutch participant (whose name I missed) highlighted what he said were enormous uncertainties regarding how thousands of microbial species in the oceans, many of them dormant, would react, and suggested that the changes [already underway] might be comparable those of 55 million years ago (I presume he meant the PETM). Sylvia Earle articulated similar concerns to both Reid and the second respondent ["We need to recognise that millions of years evolution and fine tuning have put us where we are with a functioning environment. We should do no harm and protect natural systems. In particular, we don’t know how to put them back together again"]. [See also Seibel and Fabry, 2003.] Keeling answered that to the extent deep ocean CO2 dumping was acute it would be localized, and to the extent it was widespread it was inevitable as the CO2 was heading for the deep oceans and much of that life was probably doomed anyway. Right now, by contrast, CO2 was being dumped into the "most sensitive" top layers of the oceans, and "we may do much better for fish [in the upper layers] by pumping [the CO2] deep"...“We have a global crisis at hand. All mitigation options need to be on the table to assess their merit. This includes less acceptable options such as CO2 sequestration in the deep sea. It may be a bad one but it may be the least bad one.” 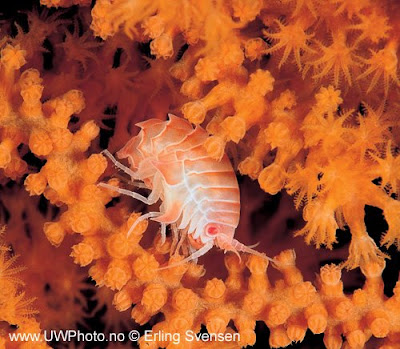 Posted by Caspar Henderson at 17:02