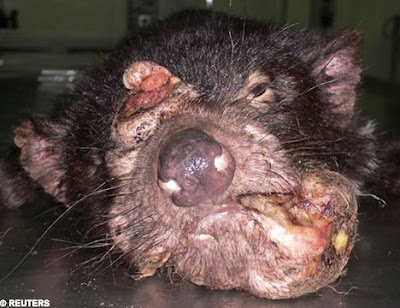 Gwyneth Lewis questions the distinction nature-good/humans bad which, she says, remains the assumption behind much contemporary nature writing. And she praises a piece by Kathleen Jamie in a recent collection of nature writing in Granta which she finds otherwise mostly to be "old hat".

I agree that Jamie's piece is excellent (see, for example, my comments in Ghosts and shadows), and I agree that a binary good/bad frame, where it exists, is seldom useful [1].

But it's not enough, either, to say "cancer is as natural as a nightingale". Of course cancer is "natural"; but it is also a pathology, which birdsong is not [2].

Lewis also reports that a "seeming idealisation" of Inuit life by Gretel Ehrlich at a workshop she attended drew "savage protests" from other writers present. I wasn't there and don't want to pass judgement; but I think it's important not to be unreasonably sceptical of the remarkable qualities of many indigenous peoples, especially when witnessed by someone of Ehrlich's calibre. Sometimes, "savage protests" by those of us in rich societies are associated with projections of our own unease regarding the impacts of industrial civilisation (such as the ones described here) [3].

Elsewhere, Robert Butler calls for more careful thought on the "tricky relationship" between art and activism, and I second that.

I also like the passage Lewis quotes from Conemarra: Listening to the Wind by Tim Robinson, which she describes as nature writing of a high moral order:

Sometimes, I come back from...a walk [such as crossing Erisberg bog] with my head so empty it seems not a single thought or observation has passed through it all day and I feel I have truly seen things as they are when I'm not there to see them.

[1] But I also think Lewis underrates many of the other articles in the Granta collection.

[2] Or at least often "natural". The dumping of carcinogens and other pollutants of kinds and at scales and rates unknown in the history of all known ecosystems is not a "natural" act (unless we decide to do away altogether with the distinction between human and non-human actions: a jettison that companies dumping toxic waste or pushing cigarettes on minors would be happy with). I do not mean to imply that all cancers are attributable to human activity. But some are, as are plenty of other human activities that disrupt and damage ecosystems that existed a long time before humans came along.

[3] That said, it is important not to sentimentalise: we need to listen when anthropologists and others tell us about the traits of peoples they work with that may seem less "attractive" in our eyes. A small example from the anthropologist Laura Rival. The Huaorani, she says, take a great interest in some animal species (such as some kinds of monkey), study them closely and treat them almost as kin. When they do kill them they talk of '"respectful killing". But there are other species in which they have no interest, treat without respect and kill without thought.

Image at top Tasmanian devil with face cancer.
Posted by Caspar Henderson at 07:18