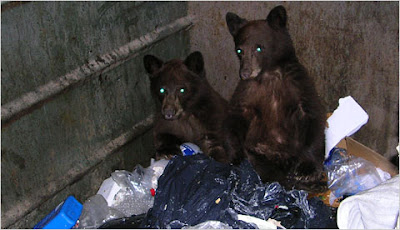 The human species is now a mainly urban animal for the first time in history, according to the United Nations, and in at least some regions of the United States, black bears appear to be following suit...

...more (plus at least one thoughtful response here).

Posted by Caspar Henderson at 06:38