Hugh Warwick celebrates a prickly affair. Apparently there are 600 carers registered with the British Hedgehog Preservation Society. The number of Jeremy Clarkson-alikes who would squash the animals for fun is not stated.

Pliny wrote, wrongly, that porcupines were a species of hedgehog:

when [a porcupine] stretches the skin, it discharges [its spines like] so many missiles. With these it pierces the mouths of the dogs which are pressing hard upon it, and even sends its darts to some distance further.

Echidnas are not hedgehogs either. The largest known species, Zaglossus hacketti, was about the size of a sheep. 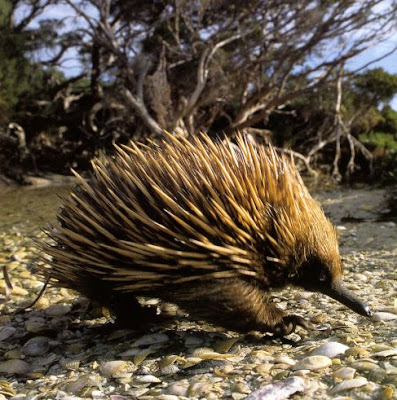 Posted by Caspar Henderson at 10:03