In Speak, Memory, Vladimir Nabokov identifies the precise moment that he became aware of himself as a sentient being. Aged four, he learnt his parents' age in relation to his own:

The beginning of reflexive consciousness in the brain of our remotest ancestor must surely have coincided with the dawning of the sense of time... I felt myself plunged abruptly into a radiant and mobile medium that was none other than the pure element of time. Once shared it -- just as excited bathers share shining seawater -- with creatures that were not oneself but that were joined to one by time's common flow, an environment quite different from the spatial world, which not only man but apes and butterflies can perceive. [1]

Nabokov, a conjuror, may be telling the truth as he remembers it. But are command of language and number really necessary for a sense of time? In the 1940s and 1950s when he was writing comparatively little was known about animal cognition. We now know that some great apes, cetaceans and corvids are self-aware. With this awareness may come some sense of time. But it seems sensible to suppose that only humans have the "unique ability to envision large vistas of past or future." [2] 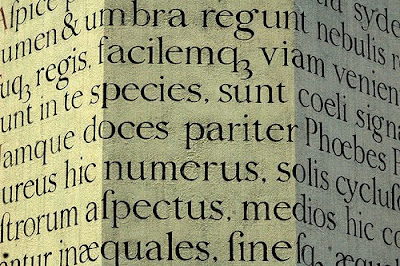 Footnote
[1] Quoted from the Penguin Classics edition. The syntax is the last sentence is confusing. Is there a verb missing?

[2] A phrase from a review of Eva Hoffman's Time
Posted by Caspar Henderson at 09:30

Email ThisBlogThis!Share to TwitterShare to FacebookShare to Pinterest
Labels: cognition