'From the Eye of the Albatrosses: A Bird-Borne Camera Shows an Association between Albatrosses and a Killer Whale in the Southern Ocean': 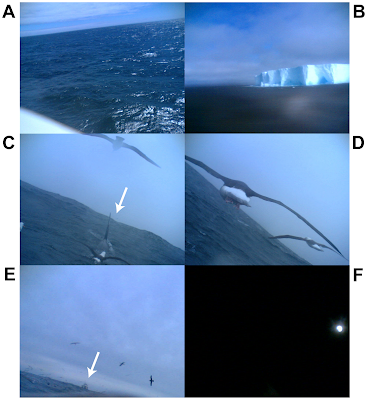 The images from our albatross-borne camera show at least four albatrosses (including the camera-mounted bird) actively following a killer whale while it was breaking the sea surface. Only a few previous studies have documented the association between albatrosses and killer whales, and these were mostly in shallow waters...

Although it is still difficult to quantify how often black-browed albatrosses associate with killer whales in the open ocean, our results, together with ship-based observations..., suggest that these associations may occur more frequently than previously anticipated and may be a part of foraging repertoire of albatrosses.