The raw and the cooked

I haven’t eaten a mammal in about 30 years, except a couple of times during the 1990s, when I ate some raw monkey the chimps had killed and left behind.

Homo erectus, our...immediate ancestor, ha[d] long legs and a lean, striding body. In fact, he could walk into a Fifth Avenue shop today and buy a suit right off a peg. 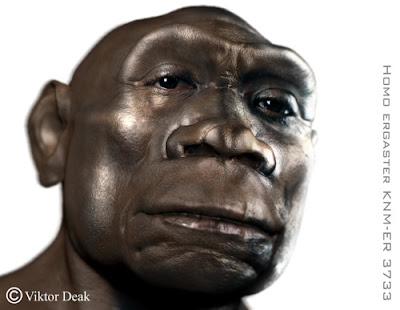 P.S. 27 May: Why Are Humans Different From All Other Apes? It’s the Cooking, Stupid
Posted by Caspar Henderson at 06:45