As we to Floresiensis

On the wilder shores, perhaps, Michael Anissimov wonders whether the only way to escape a scenario in which billions of people are killed by toxins deliberately engineered and delivered by micro-robotic scorpions, parasitic wasps, fairyflies and the like [1] is to create a "benevolent singleton", an "Intelligence Amplified fundamentally considerate and kind human whose intelligence is actually improved above Homo sapiens to the tune that H. sapiens is above H. heidelbergensis." 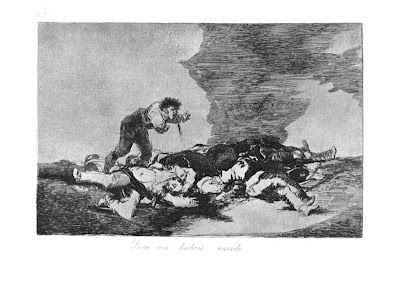 To be contrary, and with only a bit of tongue in cheek, couldn't there be more room for beings a little less intelligent, perhaps a little like H. floresiensis, which in a slower world might persist for millions of years?
Footnote
[1] On insects as weapons, insect cyborgs and roboflies see Jeffrey Lockwood.
Posted by Caspar Henderson at 13:59