I agree with Fred Pearce that Consumption dwarfs population
as the main environmental threat. But on the face of it the probable extinction of the African lark [1], for one, looks as if it's linked of the sheer pressure of human numbers. 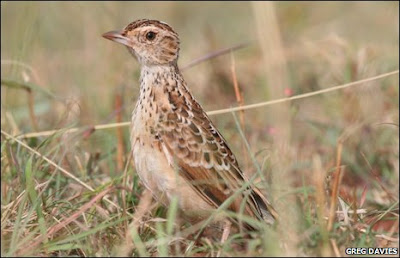 The BBC reports that the Sidamo lark lives in an area of highland savannah that used to be maintained by fire and by the grazing of large herbivores, such as elephants, antelopes and gazelles:

Borana pastoralists traditionally walked their cattle across the plain as they migrated between different wet and dry season grasslands.

For millennia, both the wild animals and pastoralists kept the grasslands in good condition. This habitat is now being destroyed.

Wild animals are too few to stop shrubs regrowing, while intensively reared livestock and agriculture are increasingly damaging the grasslands.

...[Scientists] found that the Sidamo lark lives within a single patch of grassland of just 35 square kilometres.

That compares to a range of 760 square kilometres...just last year.

There may be a number of factors behind the bush encroachment and the planting of crops that are reported to have led to this change. It seems likely that a major one is 'simply' more human mouths to feed. Ethiopia's population grew by just over 3.2% in 2008 to more than 82.5 million. It is projected to rise to 149.5 million by 2050. In 1950 it was 18.4 million. 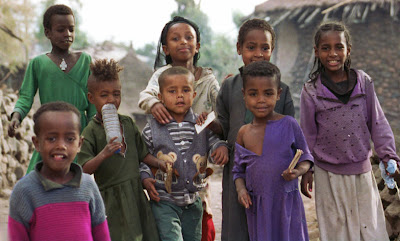 [1] Before reading the story on the BBC I'd never heard of the Sidamo Lark (Heteromirafra sidamoensis). Discovering new beings and learning at the same time of their imminent extinction seems to be quite a common experience. Is there a word for the combination of wonder and almost instantaneous grief this arouses?