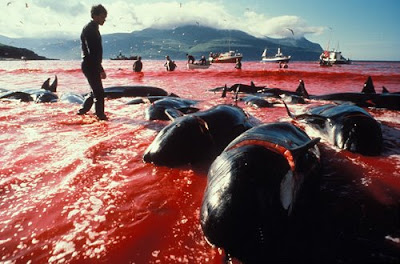 Fisheries in which individuals (or groups of) fishermen have a right to a share can provide incentives for sustainable harvest that is less prone to collapse, says research based on a study of 11,135 fisheries from 1950 to 2003 [1]. But, warn the authors:

Despite the dramatic impact catch shares have had on fishery collapse, these results should not be taken as a carte blanche endorsement. First, we have restricted attention to one class of catch shares (ITQs). Second, only by appropriately matching institutional reform with ecological, economic, and social characteristics can maximal benefits be achieved.

On land, there may be almost no level of killing of some animals (such as great apes and other primates taken as bush meat in Africa) which allows a viable population to survive. Nevertheless, argues a report, the best way to reduce the slaughter is for hunting by local people to be legalised and regulated [2]. Also, it's suggested, new ways should be found of making endangered animals more valuable alive than dead, perhaps through government schemes to reward local villages financially if they preserve or increase populations. But, warns one conservationist, "People living in poverty are in for dire times, and both they and many species are heading for a train wreck." 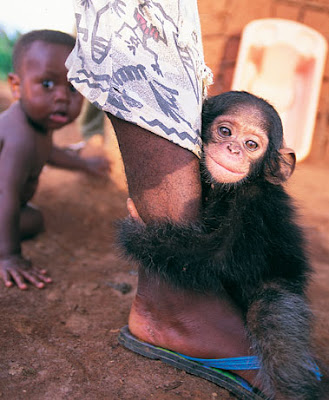 [2] CBD Report 33 by Robert Nasi et al from CIFOR , discussed in Should we legalise hunting of endangered species? by Andy Coghlan, New Scientist, 18 Sep. "In central Africa, 1 million tonnes of bushmeat are harvested each year, supplying 80 per cent of the protein and fat that people in the region consume." (More photos of bush meat, some of them disturbing, can be found here.)
Posted by Caspar Henderson at 09:33