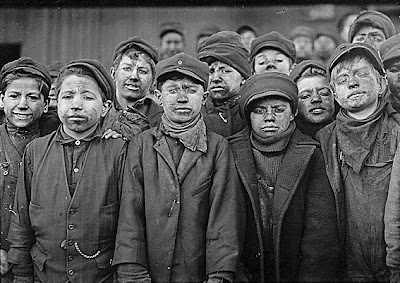 page 370: what we may...learn. Recent advances include visualizations of the activity of nearly every cell in the larval zebrafish brain and of live memory retrieval in the whole [adult] brain.


If you start imagining us as fundamentally different from who we are, then the question is, are we really talking about us anymore, or are we talking about creatures that share certain things with us but aren’t really us in the most significant ways?

page 373: rate and manner of consumption. The total energy usage of an average person in the U.S., Canada, the Eurozone or Japan is equivalent to the biological metabolic rate of a hypothetical 30-ton primate.

page 373: wiser with...technology, not subservient. Evgeny Mozorov quotes Michel Serres: “Neither information nor a drug fix ever gives any happiness when you have it, but they will make you miserable when you don’t.” Michael Lewis quips “The dystopia in which computers...come to rule mankind has actually happened in the world of finance.”  John Lanchester quotes T J Clark: “the essence of modernity, from the scripture-reading spice merchant to the Harvard iPod banker sweating in the gym, is a new kind of isolate obedient ‘individual’ with technical support to match.’ ” On the augmented awareness made possible by information technology, Tom Chatfield writes:


There’s a great deal of emphasis on how my information-poor perceptions might be enhanced by integration with the internet — and how all manner of errors and inefficiencies will be ironed out along the way. Yet there’s little sense of how my ability to think my own thoughts, explore my own feelings or enjoy my own space will be similarly served, enhanced or encouraged.

page 374: a generous view of human nature. The sentiment is from Of the Dignity or Meanness of Human Nature (1741). See also An Enquiry Concerning the Principles of Morals (1751):


[It] cannot be disputed that there is some benevolence, however small, infused into our bosom; some spark of friendship for human kind; some particle of the dove, kneaded into our frame, along with the elements of the wolf and serpent. Let these generous sentiments be supposed ever so weak; let them be insufficient to move even a hand or finger of our body; they must still direct the determinations of our mind, and where every thing else is equal, produce a cool preference of what is useful and serviceable to mankind, above what is pernicious and dangerous.

page 374: play. Here is an elephant playing. See Zeal for play may have propelled human evolution.


Cosmos is divided into two fundamental elements: Absence or Nonbeing and Presence or Being. Presence is simply the empirical universe, which the ancients described as the ten thousand living things in constant transformation; and Absence is the generative void from which this every changing realm of Presence perpetually emerges, although it should not be conceived in a spatial sense, as if there were a pool of emptiness somewhere in the universe. Within this framework, Tao (Way) can be understood as the generative process through which the ten thousand things appear out of Absence and disappear back into it...


This is the twenty-eighth in a new series of notes and comments on chapters in The Book of Barely Imagined Beings. It appears around the time of the US publication, and adds to an earlier series that appeared around UK publication.
Posted by Caspar Henderson at 07:27