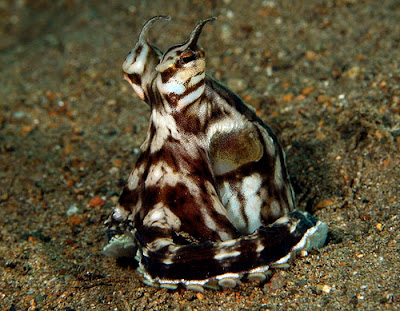 The New York Review of Books has published an excerpt from this chapter.

page 229: a bleached version of Marge Simpson. A photo of Vulcanoctopus hydrothermalis here.

page 223: giant squid. It has been suggested that Architeuthis dux is actually as many as different 21 species.  Recent research indicates that it is one only one, with global distribution.

page 236: a lot to learn from the octopus.  Cuttlefish, too: they can generate their own patterns even on backgrounds they have never encountered before, and they can do this with lightning speed. 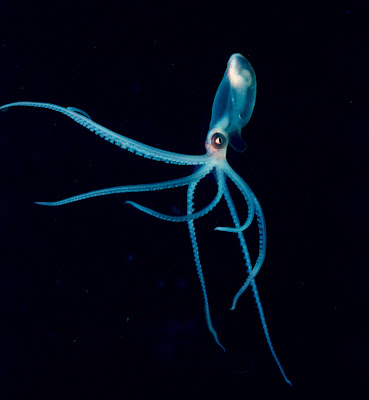 This is the sixteenth in a new series of notes and comments on chapters in The Book of Barely Imagined Beings. It appears around the time of the US publication, and adds to an earlier series that appeared around UK publication.
Posted by Caspar Henderson at 06:03