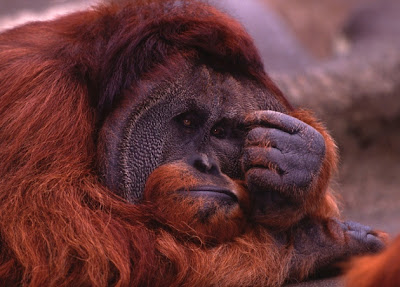 page 377: the phrase A conclusion, in which nothing is concluded is from Rasselas (1759) by Samuel Johnson. In an early draft the conclusion had an epigraph from 1Q84 by Haruki Marukami:


This may be the most important proposition revealed by history: at the time no one knew what was coming.

page 378: greenhouse gases will...prevent ice ages...bumpy ride. Last January Andy Revkin carried a useful exchange on The Next Ice Age and the Anthropocene. The most important question for businesses to ask of climate skeptics, says James Murray, is what makes you hate the future so much? See too this series of articles on why climate change is probably worse than previously thought. But climate change is unlikely to be the only challenge. “We humans are not the Ark,” suggests Stephen Cave; “we are the flood.” Our fate, says Kim Stanley Robinson, is Earth: under repair, forever.

page 379: as if the life beyond us matters. See Not a single is existence unastonishing. Early in Why Does the World Exist, Jim Holt quotes Schopenhauer: “the lower a man is in an intellectual respect, the less puzzling and mysterious existence is to him”. I would tweak this, not to say that existence is more of a mystery for those of us who fool ourselves that we are clever (for as William James said, “all of us are beggars”) but that existence is the more puzzling and mysterious the more we are awake.

page 379: Just beginning. I take some courage from Henry Thoreau who wrote in the conclusion of Walden that these may be but the spring months in the life of the race.  Also Italo Calvino, who wrote:


Humanity reaches as far as love reaches; it has no frontiers except those we give it.

And Goethe, who wrote:


Every instant [nature] commences an immense journey, and every instant she has reached her goal.


We are all patrons of the Library of Babel now, and we are the librarians too. We veer from elation to dismay and back. “When it was proclaimed that the library contained all books,” Borges tells us, “the first impression was one of extravagant happiness. All men felt themselves to be the masters of an intact and secret treasure. There was no personal or world problem whose eloquent solution did not existing in some hexagon. The universe was justified.” Then come the lamentations. What good are the previous books that cannot be found? What good is complex knowledge in its immobile perfection? Borges worries: “The certitude that everything has been written negates us or turns us into phantoms.” To which John Donne had replied long before, “He that desires to print a book, should much more desire, to be a book.”

The library will endure; it is the universe. As for us, everything has not yet been written; we are not turning into phantoms. We walk the corridors, searching the shelves and rearranging them, looking for lines of meaning amid leagues of cacophony and incoherence, reading the history of the past and of the future, collecting our thoughts and collecting the thoughts of others, and every so often glimpsing mirrors, in which we may recognize creatures of the information.

Posted by Caspar Henderson at 21:09