The invisible life of the upper troposphere 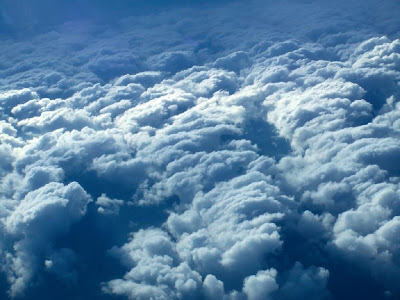 In a recent article for New Humanist (also here) I mentioned that researchers have suggested that bacteria not only survive in the harsh, beautiful environment of clouds but thrive and reproduce there. My sources were more than four years old. Recent work appears to have amply corroborated the hypothesis, as Ed Yong writes in an excellent piece:


The sky has a microbiome too, and one that may have a critical role in the creation of weather. When water changes from vapour to liquid, it condenses around microscopic particles in the air. When it freezes into ice, the same thing happens. Without these centres, completely pure water would condense and freeze at much lower temperatures than you’d expect. Dust, soot and sea salt can all act as nuclei for water’s transformations, but so can bacteria. For example, some plant-infecting species have proteins on their surfaces that ice can crystallise upon. Just by floating in the air, species like these could kick-start the births of clouds, raindrops and snow.

Posted by Caspar Henderson at 08:23