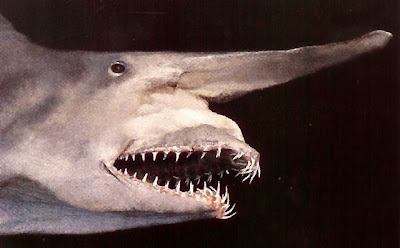 page 306: a handful of metaphors. The scientific revolution mathematicized terms that had been vague, such as mass, force, time and energy. In the 20th century, information theory came to underpin much, perhaps all, of physics. When John Archibald Wheeler said "it from bit" was he leaving metaphor behind?

page 307: the Viagra of its day. Today, of course, rhino horn is one of the products exploited for this fantasy. Ideas to stop it include injecting the horns with poison and dyeing them pink.

page 307: rhinoceros beetle. Variations include the Japanese rhino beetle, which has an enormous bifurcated horn on its forehead.

page 310: shark...diversity. There are about 400 species extant but that's diminishing fast. Weapons in the Gilbert Islands made from shark teeth reveal a “shadow diversity” – traces of sharks that disappeared from the surrounding waters before we even knew they were there.

page 311: attitudes [to sharks] are changing. Well, perhaps. “Much to the annoyance of their supporters on the shore...sharks stoke deep evolutionary terrors that a car or a chair can’t compete with.”

page 311: shark sanctuary. First Palau, now French Polynesia and the Cook Islands, which have created ocean sanctuaries of about 2.5 million square miles, or roughly 7/8ths the size of Australia.
Posted by Caspar Henderson at 05:57