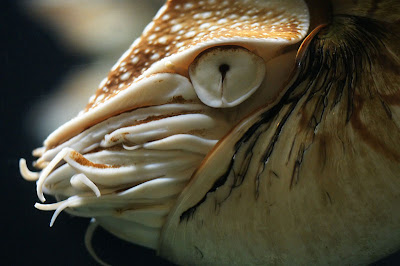 page 208: and time could exist. For a brief introduction to the nature of time as understood by a physicist see Ten things everyone should know about time by Sean Carroll. An artist's view at Refusal of Time.


we need to spend a lot more time and psychic energy imagining not just life as we know in all its astonishing and disconcerting particularity, but also the stupendous beginnings of life on Earth during the Hadean, Archaean and Proterozoic eons. We will benefit from extended meditation on the forces that formed life, from the period when, for thousands of years, molten rock rained out of the sky onto an ocean of magma to the time, billions of years later, when the tides of the newly made seas – buffeted by a Moon much closer than it is today and an Earth rotating in just 18 hours – ebbed and flowed with stupendous force. We will be more alive if we envision the shallow warm pools where, perhaps, proto-life pieced itself together from the precursors of RNA, and apprehend the origins and development of photosynthesis. We will be enriched by re-imagining the Ediacarian biota, those multi-cellular enigmas of the pre-Cambrian silt which resembled quilted sacks, pizzas topped with triskelions or loofahs warped by a symmetry of gliding reflection.

page 212: the Moon was closer. It's getting further away and both it and the Earth are slowing down:


Each day is becoming longer by about 1.7 milleseconds per century...[In the distant future, absent the explosion of the Sun], a day [would] last about 47 of our present days and the distance to the Moon [would] be 43 percent longer than today. At this point, Earth [would] spin about its axis at the same rate as the moon [orbited] the Earth — the pair [would] be tidally-locked: the moon [would] hover over the same point on Earth, rather as geostationary satellites do today.

page 213: For Nipponites, existence was one long bad hair day: 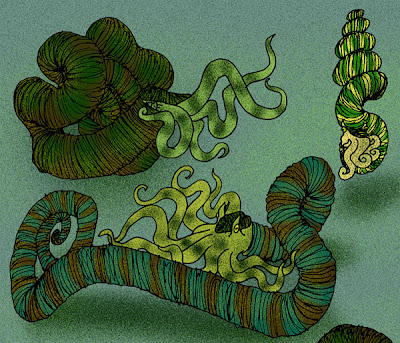 page 217: The images of the world created by a camera obscura flow.  See the solargraphs of Justin Quinell.

page 220: Boulevard du Temple. A favourite aphorism of Chris Marker is this from George Steiner:


It is not the past that rules us—it is the image of the past.

page 221: David Octavius Hill. A caption for the photo from 'Time', one of Rilke's Sonnets to Orpheus in a version by Don Paterson:


Is the infinite life that our childhood awakened torn up by the roots and thrown into the grave?

Posted by Caspar Henderson at 09:42