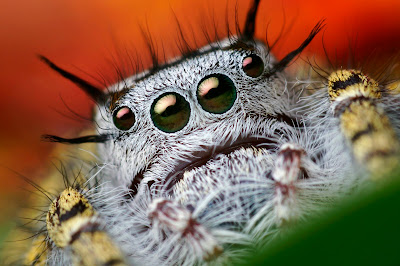 page 201: build a mental map. In a comment for the Aeon article Andrew Wilson writes:


Portia doesn't actually build a mental map; there is now strong evidence that its scanning behaviour is a real time perceptual strategy that allows it to look as if it's planning; see Chapter 4 of Louise Barrett's excellent book, 'Beyond the Brain'; the chapter is called 'The Implausible Nature of Portia' and has references to all the primary literature on this.

page 203: it is also possible to remember too much. A real life Funes was 'S', a Russian man described by A. R. Luria in his celebrated work The Mind of a Mnemonist (A little book about a vast memory). Luria writes:


[S] lived in wait [sic] of something that he assumed was to come his way, and gave himself up to dreaming and “seeing” far more than to functioning in life. The sense that he had something particularly fine was about to happen remained with him throughout his life – something which would solve all his problems and make his life simple and clear.

Thus [S] continued to be disorganized, changing jobs dozens of times – all of them merely “temporary.” At his father's bidding he entered music school; later he became a vaudeville actor; then an efficiency expert; and then a mnemonist. At some point, recalling that he knew Hebrew and Aramaic, he took advantage of ancient sources in these languages and began to treat people with herbs.

He had a family – a fine wife and a son who was a success – but this, too, he perceived as through a haze. Indeed, one would be hard put to say which was more real for him; the world of imagination in which he lived, or the world of reality in which he was but a temporary guest.

page 203: steering a course between remembering too much and too little. See this:


According to [one] theory, our memories act as a kind of ballast that holds us steady during times of stress; they can suggest ways to solve problems and offer comfort when we are feeling wounded. When people find it hard to recall specific events from their past, however, they feel overwhelmed by life's challenges, which slowly pushes them into depression. "In the right circumstances, the effect can be striking," says [Mark] Williams... If the theory is right, there may be new ways of treating depression that directly target the underlying memory problems.

In Shakespeare's Memory by Jorge Luis Borges, the narrator says:


No one may capture in a single instant the fullness of his entire past. That gift was never granted even to Shakespeare, so far as I know, much less to me, who was but his partial heir. A man's memory is not a summation; it is a chaos of vague possibilities. St Augustine speaks, if I am not mistaken, of the palaces and caverns of memory. That second metaphor is the most fitting one. It was into those caverns that I descended.

page 205: in its entirety, A Little Fable goes like this:


"Alas", said the mouse, "the whole world is growing smaller every day. At the beginning it was so big that I was afraid, I kept running and running, and I was glad when I saw walls far away to the right and left, but these long walls have narrowed so quickly that I am in the last chamber already, and there in the corner stands the trap that I must run into." "You only need to change your direction," said the cat, and ate it up.

Posted by Caspar Henderson at 09:15